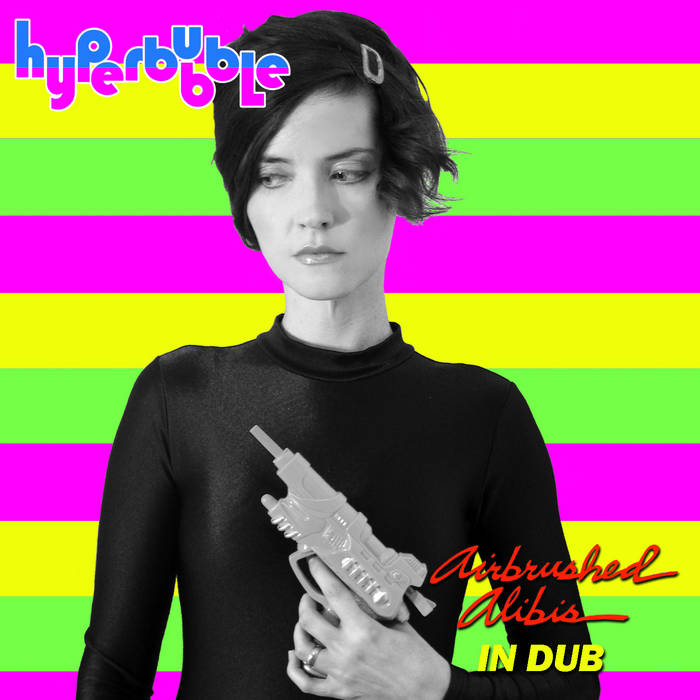 Hyperbubble fire up the reverb, tape delay, and master blaster bass riffs to deliver a dubbed-up, synthed-out monster of a remix album.

Jess and Jeff have sliced and diced their entire second album, cranked up the monster bass, then added heaping amounts of outer space echo chamber and psychedelic analog delay. Your ears never had so much fun.

According to Hyperbubble, fans can expect much more than your average remix album:

"A lot of the effects we used on the Airbrushed Alibis album were already pretty dubby, so one thing led to another. Since we did a straight remix version of our first album, we wanted to do something special for the companion album to the second, not just a collection of random remixes, but a fully realized album, with a theme, where one track flows into the next. Plus, it was a great excuse to go insane with massive bass tones and dub effects!"

Of course, this is no ordinary dub album. Synth-happy robots and cyperpunk hackers jump out of the mix, and the musical styles often cross the traditional dub boundries, branching off into freestyle beats, glam, punk, even a bit of sci-fi drill 'n' bass.

Fans of Scientist, Creation Rebel, The Dub Syndicate , The Jam, The Clash, XTC, The Orb, and Renegade Soundwave will thrill to these mind-blowing headphone adventures.